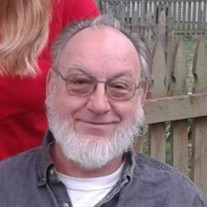 Jack George Terhorst, 77, of Acme, passed away peacefully Thursday December 9, 2021 in UPMC Montefiore Hospital, Pittsburgh. He was born August 15, 1944 in Acme a son of the late Eberhart and Elizabeth Leighty Terhorst. Jack was a graduate of the former Hurst High School in Mt. Pleasant Township with the class of 1961. Prior to his retirement Jack worked as a Contractor and was owner and operator of H&T Remodeling. He was a Veteran of the U.S. Army and was a lifetime member of the Kecksburg Volunteer Fire Department. Jack will be sadly missed but fondly remembered by his loving family, his loving companion Shirley Dillon of Acme, his daughters Beth Terhorst of Ridgely MD., Dianne Pyda of Norvelt, and Jackie Bibel and husband Timothy of Acme, his grandchildren Patrick Pyda of Norvelt, Kathryn Carter of South Carolina, Zachary Bibel of Connellsville, Andrew Pyda of Norvelt, and Justin Bibel of Acme, his brother Jerry Terhorst and wife Joyce of Greensburg, his sister Nellie Patula of Acme, and several nieces and nephews. In addition to his parents Jack was predeceased by his wife Claudia Joan Keslar Terhorst on April 5, 2013, his sister Joann J. Shaffer, and his brothers Clarence, William "Bill", and Louis Terhorst. Family and friends will be received Friday December 17, 2021, from 3-7 PM, in the Mark C. Brooks Funeral Home Inc, at the corner of route 711 and 146 Municipal Building Rd., Melcroft (724-455-2310). The Kecksburg Volunteer Fire Department will then conduct at Last Bell Service at 7:00 PM in the funeral home. In lieu of flowers the family asks that donations be made to the Kecksburg Volunteer Fire Dept. or one's favorite charity, in memory of Jack George Terhorst.

Jack George Terhorst, 77, of Acme, passed away peacefully Thursday December 9, 2021 in UPMC Montefiore Hospital, Pittsburgh. He was born August 15, 1944 in Acme a son of the late Eberhart and Elizabeth Leighty Terhorst. Jack was a graduate of... View Obituary & Service Information

The family of Jack George Terhorst created this Life Tributes page to make it easy to share your memories.

Send flowers to the Terhorst family.