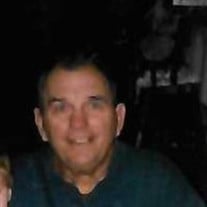 John K. Clark, Jr., 89, of Champion, passed away Mon. Nov. 16, 2020 in the Excela Health Frick Hospital, Mt. Pleasant. He was born April 19, 1931 in Charliroi a son of the late John K. and Edith Reilly Clark, Sr. John was a graduate of Charliroi High School with the class of 1950. He attended Kansas State for one year and then received his Teaching Degree from the California University of Pennsylvania in 1958. He was a Social Studies Teacher in several schools including Rostraver High School, Mt. Pleasant, Belle Vernon, and Yough. He also coached football at all of these schools for 45 years. John was a Veteran of the Korean War having served in the U.S. Navy. John lead a very active life , he coached the Donegal Midget Football Team, he loved skiing and was a member of the National Ski Patrol for 55 years, he was a member of the Donegal American Legion, and he loved his RV and fishing. John also loved dogs and had 3 black Labs that he raised and took care of. John was a wonderful storey teller and his grandchildren loved to sit for hours listening to exciting tails of his life. John was a loving and generous person and he will be sadly missed but fondly remembered by his loving wife of 55 years Betty M. Johnson Clark, his son Randy Lee Clark and wife Barbara of Mill Run, his grandchildren Amber Clark, Jamiee Clark and fiancée Shane, Michael Work, Maddie Work, and Brandee Leighty and husband Michael Meyers, his great grandchildren Kolby Clark, Brody Leighty, Peyton Leighty, Kayedan Clark, Kaylee Clark, and Chase Johnson, and his good friend Ralph Arrigo of Charliroi. John was the last surviving member of his immediate family. In addition to his parents John was predeceased by his daughter Heather Work, his sister Charlotte Daywalt, and his brother William Clark. Family and friends will be received Fri. from 11:00 AM - 2:00 PM, the hour of a Funeral Service in the Mark C. Brooks Funeral Home Inc., at the corner of route 711 and 146 Municipal Building Rd., Melcroft (724-455-2310) with Rev. Dr. Marvin C. Watson officiating. Interment in the Monongahela Cemetery will be private. To leave a message or send condolence please visit our website at www.brooksfhmelcroft.com

John K. Clark, Jr., 89, of Champion, passed away Mon. Nov. 16, 2020 in the Excela Health Frick Hospital, Mt. Pleasant. He was born April 19, 1931 in Charliroi a son of the late John K. and Edith Reilly Clark, Sr. John was a graduate of Charliroi... View Obituary & Service Information

The family of John K. Clark Jr. created this Life Tributes page to make it easy to share your memories.

Send flowers to the Clark family.