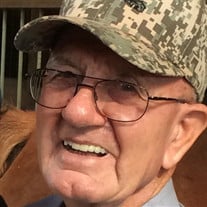 Thomas M. Firestone, Sr., 84, of Normalville, passed away peacefully Tuesday September 28, 2021 in UPMC Presbyterian Hospital, while comforted by his loving family. He was born March 3, 1937 in Normalville, a son of the late Russell K. and Muriel Sue Wells Firestone. Tom was a lifetime member of Carpenters Union #2274 in Pittsburgh and worked as a union carpenter for many years. He then went into business for himself and was the Owner and Operator of Firestone Coal Company in Jones Mills. Tom was a Veteran of the U.S. Army, and a member of the County Line Church of the Brethren. Tom retired to the family farm where he loved to raise horses, and was a member of the American Morgan Horse Association. Tom will be fondly remembered by his loving family, his children Joy Brady and husband Michael of Donegal, Thomas M. Firestone, Jr and wife Janet of Donegal, Todd Firestone and girlfriend Lisa of Normalville, his adored grandchildren, Erin Clark and husband Chad, Elizabeth Brady, Emily Brady, Ellen Brady, Eileen Brady, Jeremy Withrow, Jacob Withrow, Jessica Firestone and Thomas Firestone III. His step grandchildren Melanie Smith, Ray Emert, Ashleigh Tikey Daniels, and Joshua RJ Kurtz, his great- grandchildren Cole and Cash Clark, Colt, Weston, and Eli Emert, and Sean, Jr. and Cadence Smith. His brother James Firestone and wife Donna of Genoa, OH., his sister-in-law Barbara Firestone of Mill Run, his first wife Rev. Judith Shaffer of Donegal, and numerous nieces and nephews. In addition to his parents Tom was predeceased by his wife Christine Mrozewski Firestone, his daughter Joan Alene "Joanie" Withrow, and his brothers William "Snuffy" Firestone, Jerry Firestone, and Robert "Dick" Firestone. The family would like to thank the UPMC Cardiothoracic Transplant Team and all of the nurses for the wonderful care given to Tom during his illness. Honoring Tom’s request, there will be no viewing, visitation, or services. Donations may be made to the American Morgan Horse Association Inc., 4066 Shelburne Rd., Suite 5, Shelburne VT. 05482-4904, in memory of Thomas M. Firestone, Sr. Arrangements are under the direction of the Mark C. Brooks Funeral Home , 146 Municipal Building Rd. Melcroft (724-455-2310). To leave a message or send condolences please visit our website at www.brooksfhmelcroft.com

Thomas M. Firestone, Sr., 84, of Normalville, passed away peacefully Tuesday September 28, 2021 in UPMC Presbyterian Hospital, while comforted by his loving family. He was born March 3, 1937 in Normalville, a son of the late Russell K. and Muriel... View Obituary & Service Information

The family of Thomas M Firestone created this Life Tributes page to make it easy to share your memories.

Send flowers to the Firestone family.